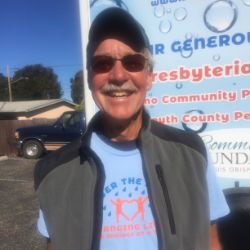 Rick Grether brings knowledge and experience to his position of Operations Manager for Shower the People. He was instrumental in the spec and design of the Mobile Shower Unit.

Having worked as a driver for Shower of Hope, SLO, and studying the trailer design for Showers of Blessing, Santa Barbara, Rick said he had a pretty good idea of what was needed for our Shower the People mobile unit. He said, “It is huge that we have the three showers with working toilets and sinks.” Rick spends his time managing, doing servicing and maintenance and training others in the use of the shower unit.

Rick was born and raised just east of Stockton, California in 1946 and attended Linden High School, graduating in 1964. That summer he obtained a Private Pilot’s license, and continued building flight licenses from then on, including Instructor Ratings, which he used during his college years.

He started college at San Diego State in 1964, but his education was interrupted by the Vietnam War. Assuming he’d be drafted, he enlisted for a six year commitment with the National Guard, thus avoided a tour of duty over seas.

Graduating from San Diego State in 1970, he then partnered with another pilot friend starting Spirit of Palo Alto Aviation, a flight school and air charter service in the San Francisco Bay area. In 1979 he was hired as a pilot by United Airlines and worked there until retiring (age 60 required) in 2006. The following year, 2007, he was hired by Boeing as a B777 and B787 flight instructor, retiring again in 2015.

He and his wife Claire were married in 1976 and raised 4 children in San Luis Obispo, being involved in all the usual child activities; baseball, soccer, 4H, church mission trips, etc.

In September of 2017 he was introduced to Becky Jorgensen of Showers of Hope, who needed a driver with a large truck that could pull her mobile showers trailer. That lasted until February of 2018 when he met Gwen Watkins who wanted to start Shower The People. The rest is history.

Rick is very positive about his volunteer work for Shower the People, He said, “I see expansion in the future which may eventually mean the need for another trailer.”

Shower Stats for January and February

We had a total of 302 guests with 50 of them being new to our program.
Approximately 40% of our guests have been women.

Shower the People has been visiting area churches for the past three months as a part of our Community Outreach efforts. The purpose of this outreach is to describe our mission and services to groups of people who might be interested in volunteering or donating to our program as well as to thank groups of people who have already donated or served our program. 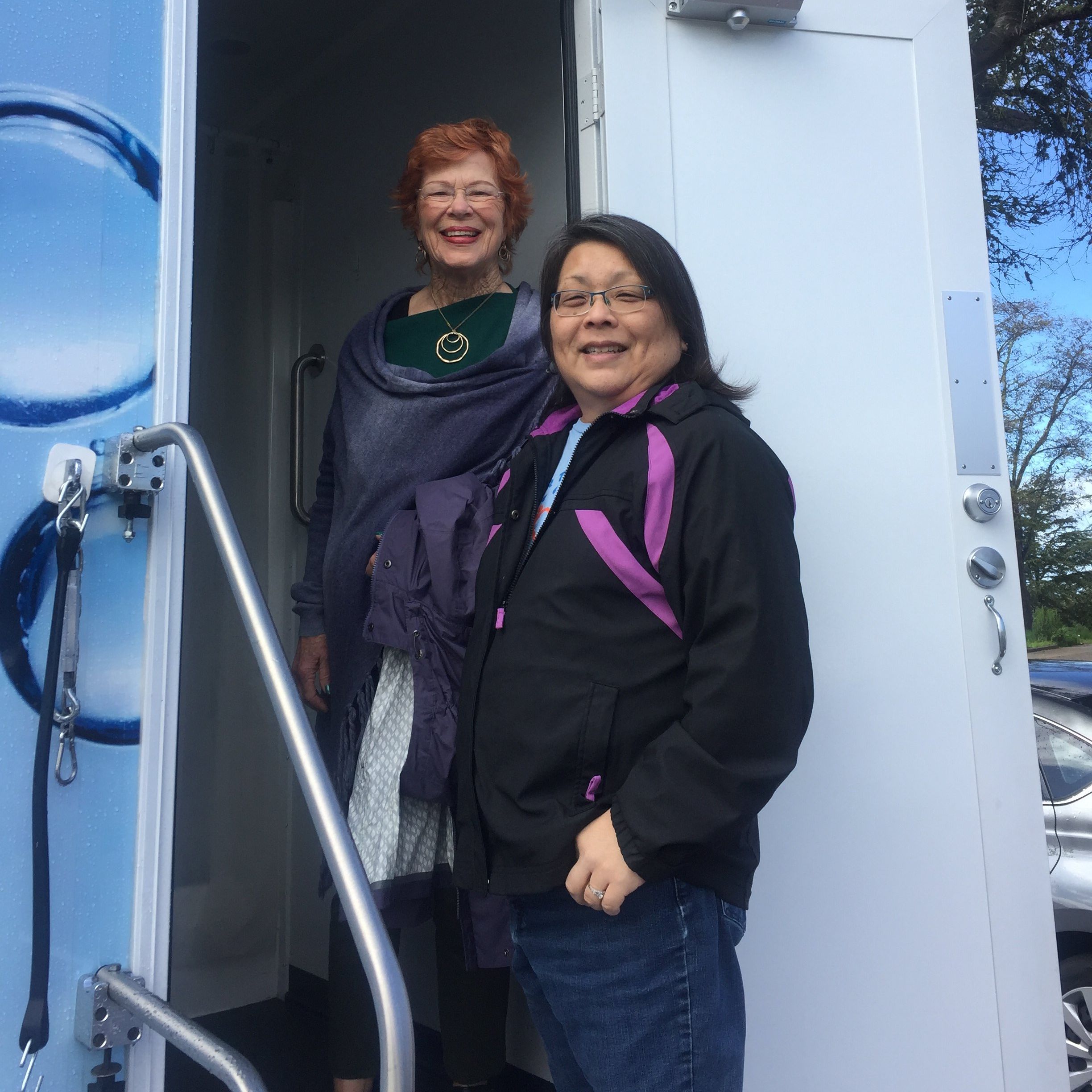 On December 9, 2008, Rick Grether, Kalleen Corley and Gwen Watkins visited the Unitarian Universalist Fellowship in San Luis Obispo. After a well-received presentation focusing on the history, mission and accomplishments of STP, the congregation was invited outside for a tour of our mobile shower unit. Many people expressed interest, asked questions and wanted to know how they could help. The congregation generously donated the days offering to the STP operational costs. 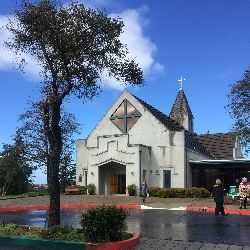 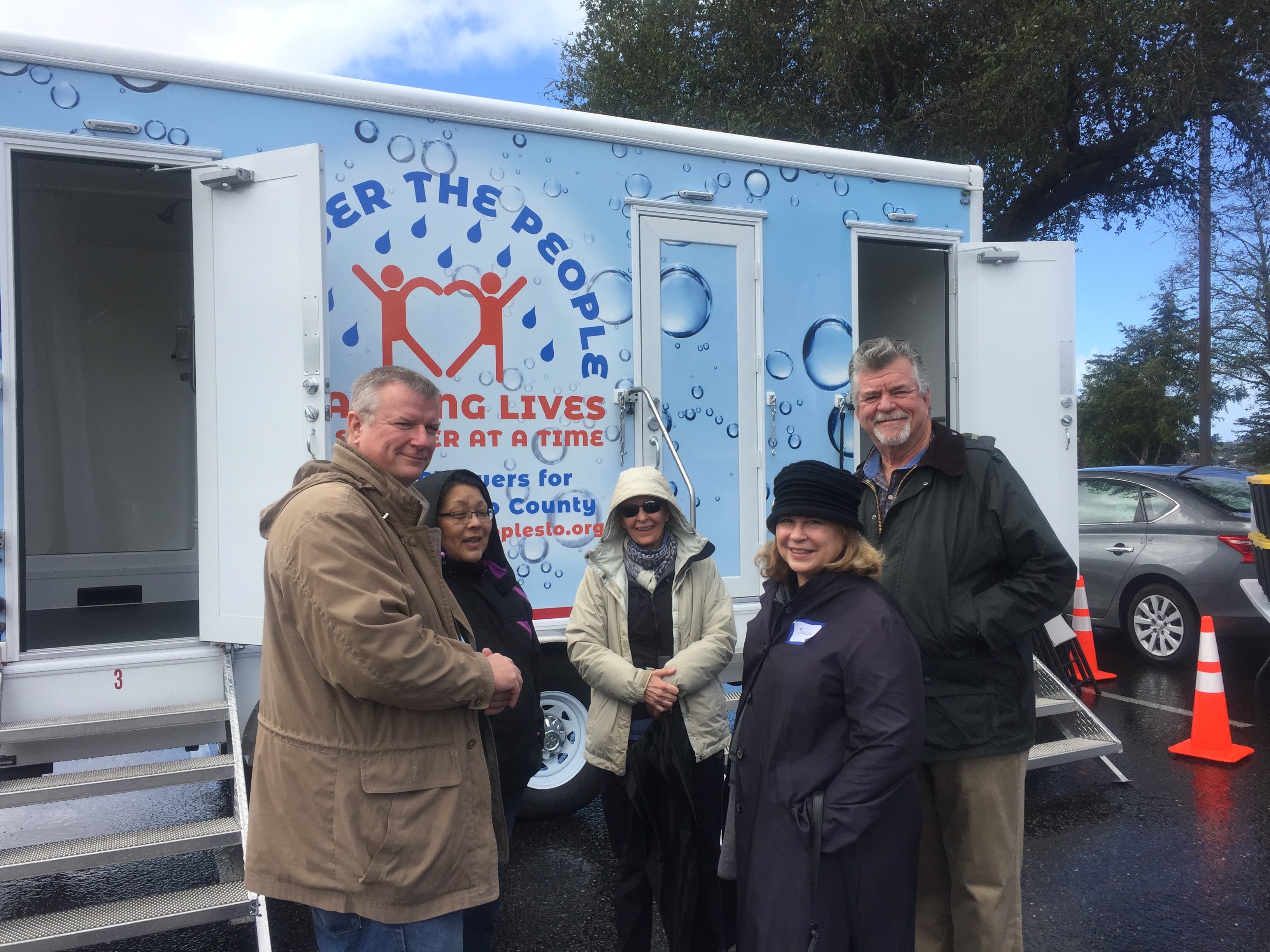 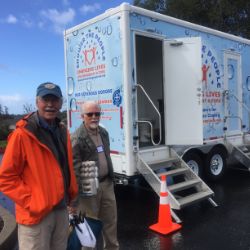 St. Barnabas Episcopal Church invited STP to set up our mobile shower unit for tours following their February 17 morning services. Gwen Watkins, Kalleen Corley, Gary and Dory Petersen and Rick and Clair Grether attended the 8 and 10 am services and provided tours and information to the congregation afterward. St. Barnabas is a generous donor to our operational costs and many people expressed interest in helping STP.

Please contact us if your church or organization would be interested in a visit from our STP Community Outreach Program.