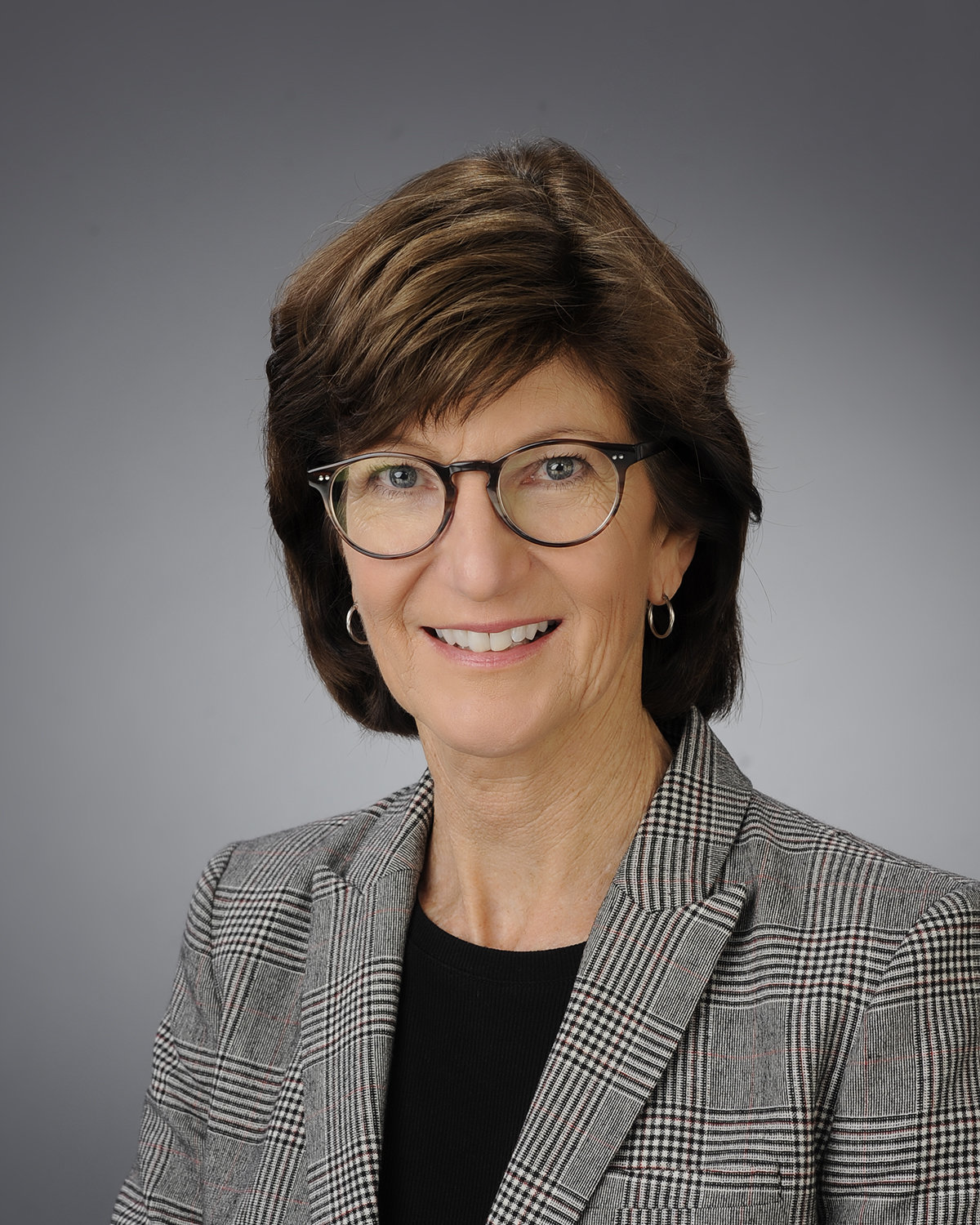 Sue Andersen, our newly appointed STP Board member, is the President and CEO of Marian Regional Medical Center in Santa Maria, and Arroyo Grande Community Hospital. She was appointed in July, 2018, and prior to that was a Service Area Chief Financial Officer for Dignity Health and Hospital CFO for Marian, French and hospitals in Southern California. She and her husband Steve live in Nipomo with their two grown children and their dog Max. They have lived on the Central Coast for the past 27 years.

Sue said, “The mission of our hospitals is to serve our communities and Shower the People fits right in with that. I was introduced to Gwen Watkins by a mutual friend who thought that I could be of help. At that time, STP was struggling to raise funds and didn’t have the shower unit yet.

It is so amazing to me to see the progress made in the last year and how far the organization has now gone with everyone’s help. Our hospitals are proud to be a small part of this through donations and helping with the towels.”

STP is pleased to have Sue join our Board of Directors. We look forward to working together to achieve our organizational goals. This collaboration is an important bridge to better the health and welfare of the guests we serve. 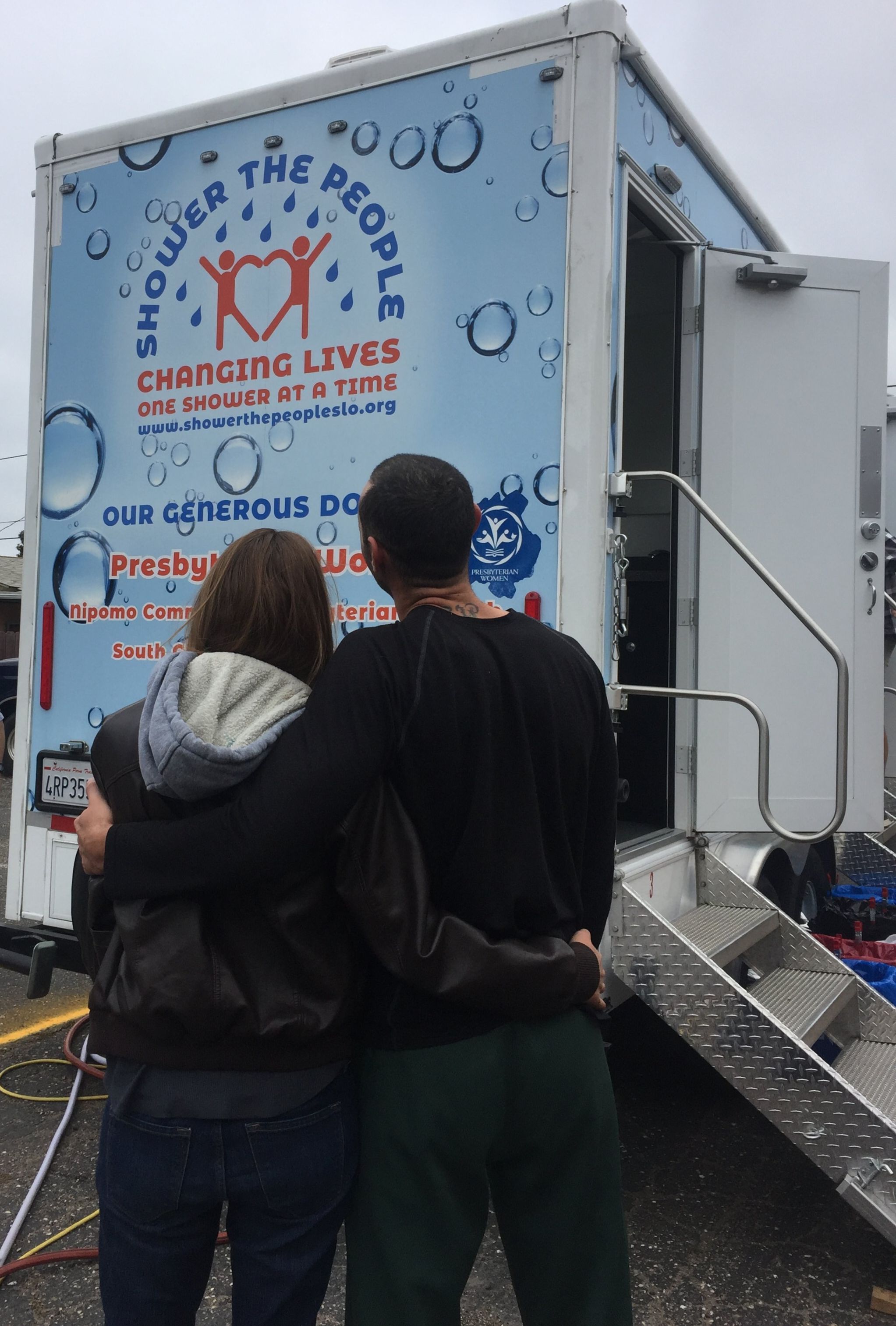 The couple pictured here have been guests of Shower the People since we opened our doors in November 2018. They arrive early and are always appreciative and grateful to be able to shower. They have been living in their car for the past eight months after moving here from Lake Isabella.

He told me he had a job at a local restaurant as a dishwasher within 24 hours after arriving in the Five Cities. He said they are living in their vehicle because they are saving their money to buy a small place or a piece of land and he would not be able to do that if he was paying rent.

Last week they stopped to talk to me as I was giving them toiletries prior to their shower time. They told me that he had been able to stay employed because he was able to shower regularly and stay clean, a requirement for his job.

She proudly said, “He has been promoted from dishwasher to busser to line cook at the restaurant.”  She then added, “And I have been able to look clean and presentable enough to get a job with a local insurance company.” She gave me a hug and said, “This is because of the help you guys are providing us.”

They stopped by again this week and told me, “I just got promoted to Assistant Manager of that restaurant!” He then showed me the key to the restaurant, attached to his key ring. She beamed and gave him a quick kiss.

Shower The People has a new van! 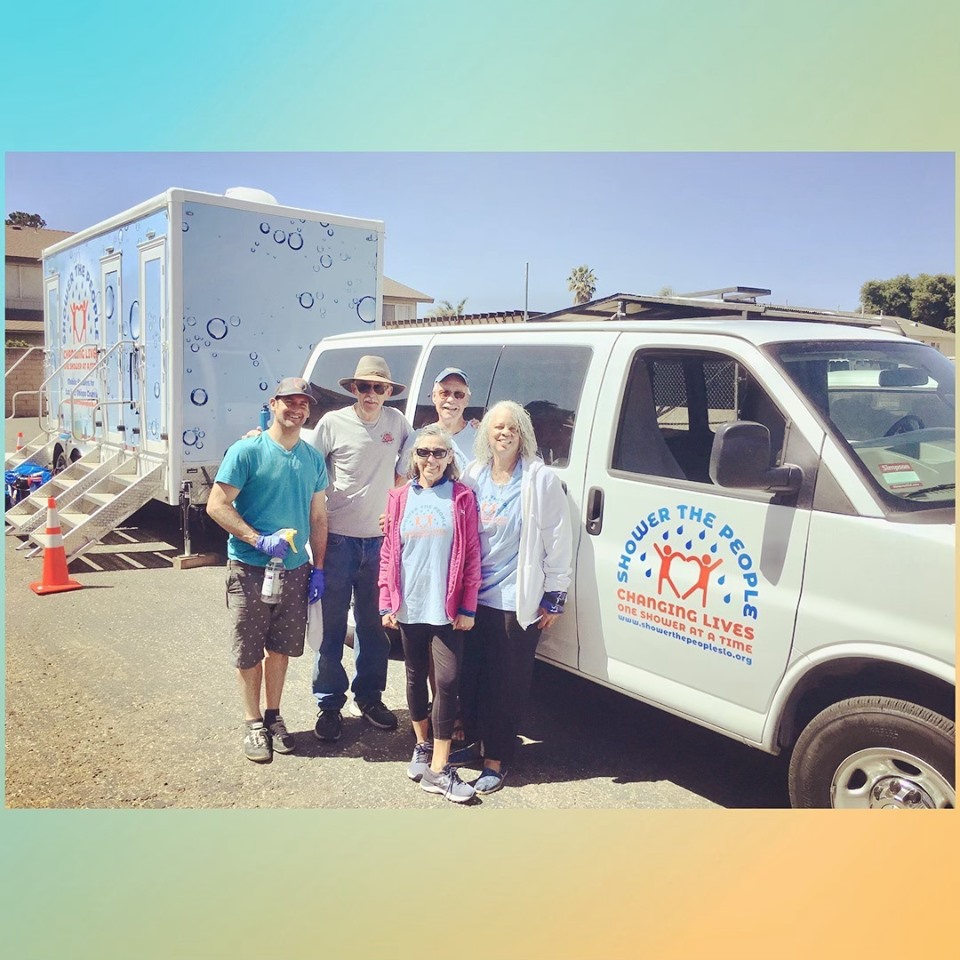 In April, STP purchased a 2018 Chevrolet Express 3500 Van with the majority being funded by a generous gift from the Church of Jesus Christ of Latter-day Saints congregations in Arroyo Grande and Pismo Beach. The van now remains attached to the trailer and carries all the supplies and toiletries we need for several weeks at a time. All of our drivers love the new van! 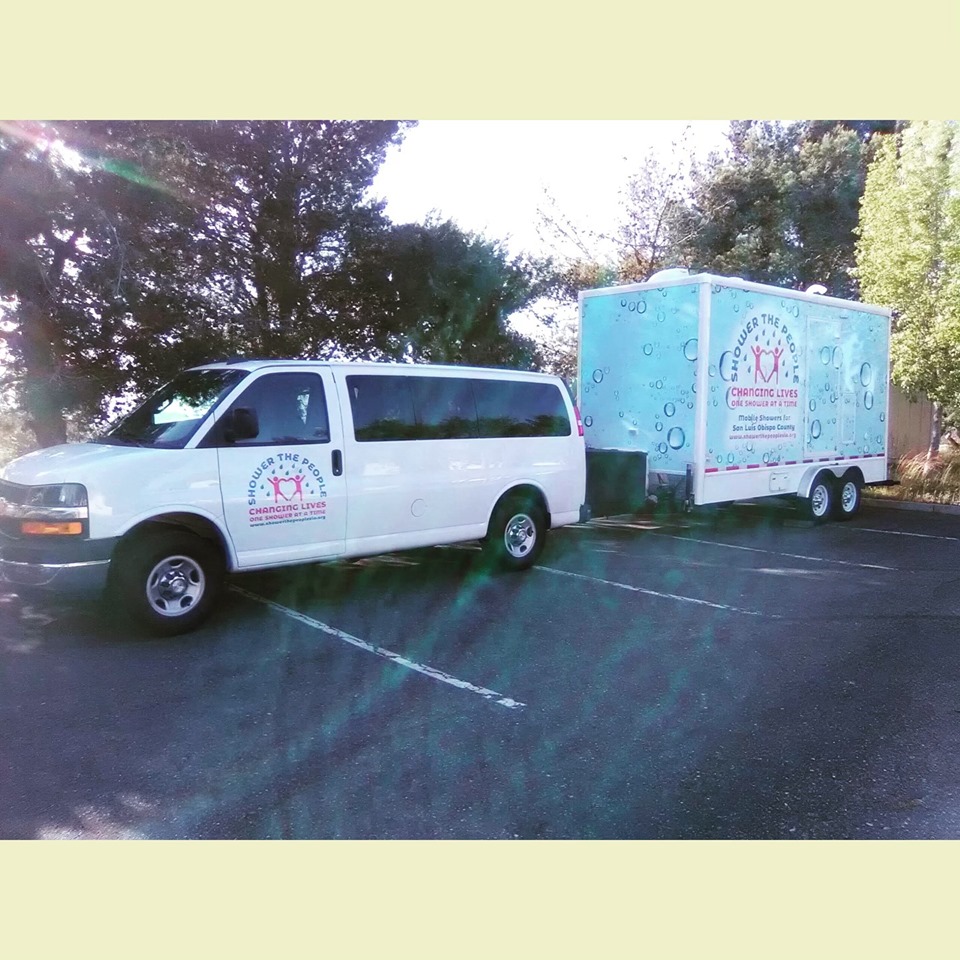